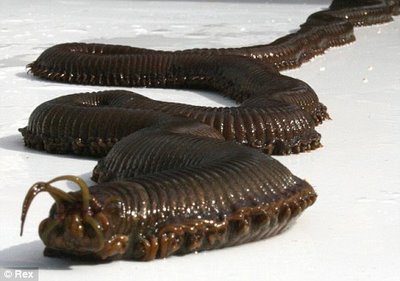 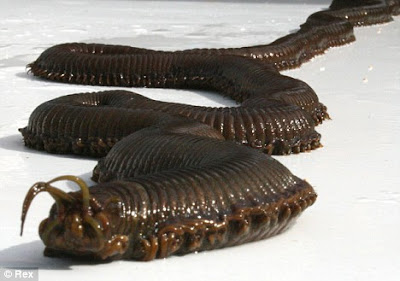 From Daily Mail: Aquarium staff have unearthed a ‘giant sea’ worm that was attacking coral reef and prize fish. The 4ft long monster, named Barry, had launched a sustained attack on the reef in a display tank at Newquay’s Blue Reef Aquarium over recent months.

First of all, Barry? BARRY? 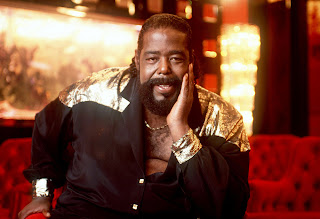 If I saw some fucking monster worm like that I would not name him after The Sultan of Smooth Soul!! I would name him something tough and intimidating like Suge Knight.